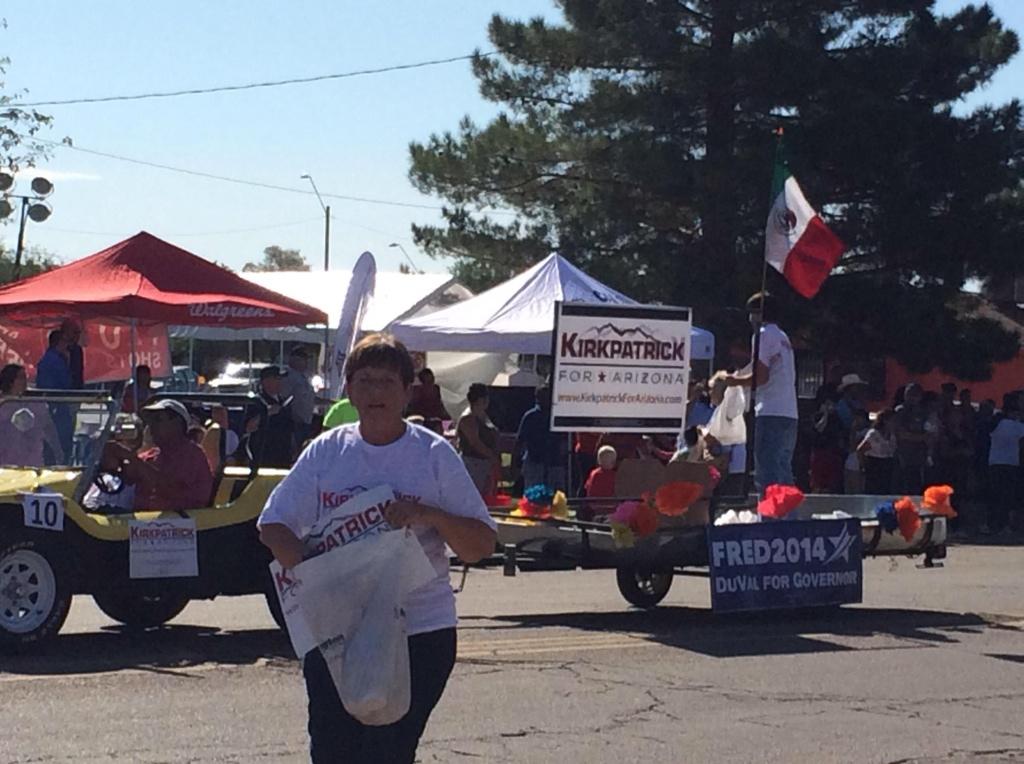 Sonoran Alliance tweeted an image of the float Saturday, which features banners in support of Rep. Ann Kirkpatrick and Democratic candidate for governor Fred DuVall, and a Mexican flag.

What could go wrong?