Liberalism is an ideology of parasites, hypocrites, grievance mongers, victims, and control freaks. Like a tick, liberalism latches onto a victim and sucks him dry. Of course, a single tick can’t gorge itself on so much blood that it does to a dog what liberalism did to Detroit. It doesn’t turn the different parts of the dog against each other. The tick doesn’t tell everyone he’s a victim and that the dog is greedy if he tries to scratch it off.

You can’t be both a good Christian and a good liberal because they’re incompatible and liberalism makes no exceptions for religious beliefs. It demands to be placed first in a person’s life, even above God; a liberal who stands up for his Christian beliefs or who merely asks that Christians not be demeaned will be ostracized for it by other liberals. Churches that adopt liberal beliefs inevitably become such pale imitations of the truth that missionaries should be sent in to convert them to Christianity.

Liberalism is an ideology of tribalism and hatred. It works incessantly to undermine anything that truly brings America together -- like Christianity, the culture and love of country -- so it can try to rebind people together as liberal drones. Relatively minor differences of opinion between liberals and those who disagree with them are habitually elevated to encourage hated.

For example, there’s no logical, rational reason that…

…If you oppose illegal immigration, you must hate Hispanics.

….If you oppose Affirmative Action, you must hate blacks.

….If you oppose free birth control, you must hate women.

….If you’re concerned about radical Islam, you must hate all Muslims.

….If you oppose gay marriage, you must hate gays.

Yet, liberalism promotes those lies incessantly to keep people at each other’s throats. Liberals have to convince their supporters that they’re hated for who they are to keep them from asking uncomfortable questions about why liberalism fails and conservatism works. As long as you’re brainwashed into believing that you’re universally hated by everyone except liberals for something you can’t control, you have nowhere else to turn.

Turning people against each other, lying about your opponents and adopting an ends justifies the means mentality are all interwoven into liberalism. Most liberals aren’t evil, but liberalism is a darkness of the soul and the more fully a person adopts it, the more of an awful human being he becomes.

Liberalism encourages a habitual hatred of people who aren’t liberal. It exaggerates grievances, elevates victimhood, excuses laziness and immoral behavior, undermines success and it pours acid on the pillars that hold up our entire society. To paraphrase Thomas Sowell,

Civilization has been aptly called a ‘thin crust over a volcano’. Liberalism is constantly picking at that crust.

If only they were right about that or if their policies worked. Want to know the consummate liberal policy? It’s Obamacare. It was passed with all Democrat votes and sold to the public almost entirely with lies. Almost every problem with the law was predicted by the law’s opponents beforehand and was vigorously denied by liberals. The law hasn’t worked as intended, it has had disastrous consequences and is extremely unpopular. Yet, liberals STILL support it wholeheartedly and blame the people who begged them not to pass the law for the difficulties it has.

As Talleyrand would say, “They have learned nothing and forgotten nothing.”

That would be tolerable if liberalism confined its hatred, wickedness, stupidity and incompetence to liberal enclaves, but on top of all its other faults, liberalism is an ideology for control freaks. It’s not enough for liberals to bankrupt California and destroy Detroit; they have to centralize their policies to force the people who know better to suffer for their sins. After all, if people are given a choice, they may not choose liberalism and worse yet, they may prove to be bad examples by prospering BECAUSE they didn’t choose liberalism and that can’t be allowed.

However, the most unforgivable thing about liberalism is the sickening way it deceives people to destroy human potential. Liberalism comes in the guise of a friend offering “help” to desperate people. It’s the same sort of “help” a fisherman gives his catch; it just comes with a different sort of hook through the mouth. Liberals get people hooked on welfare and food stamps instead of teaching them to take care of themselves. They encourage people to think of themselves as helpless victims who can’t deal with the world without liberal help. Instead of helping the weak to become strong, they encourage them to be ever more sensitive and to look for new reasons to be offended. There are whole communities of people who’ve been voting for liberal policies for decades with nothing to show for it except poverty, crime, and decay. There are people on welfare today who would have had happy, productive lives if they had been pushed to take care of themselves. There are people who’ve been so convinced by liberalism that the deck is stacked against them that they’ve never tried to get their piece of the American dream. It’s wrong to do that to people. It’s sickening. It’s immoral.

Liberalism empties treasuries, blackens souls, and decimates everything it touches over the long haul. One day, unless the American people wise up to the damage liberalism is causing, it will eventually ruin this nation beyond repair.
—Townhall.com

I've asked why Liberals support an "Ends justify the means" philosophy on this forum. It was not answered...

Why don't you take your hate mongering and go "home" to Florida!!

The truth is hard for the liberals to take, NH.

WHL wrote:The truth is hard for the liberals to take, NH.

NB didn't read all the way through the message:

Yet, Liberalism promotes those lies incessantly to keep people at each other’s throats. Liberals have to convince their supporters that they’re hated for who they are to keep them from asking uncomfortable questions about why liberalism fails and conservatism works.

Democrat Wendy Davis (D-Texas) is running this ad to show her Republican opponent is confined to a wheelchair (after being struck by a falling tree while jogging). 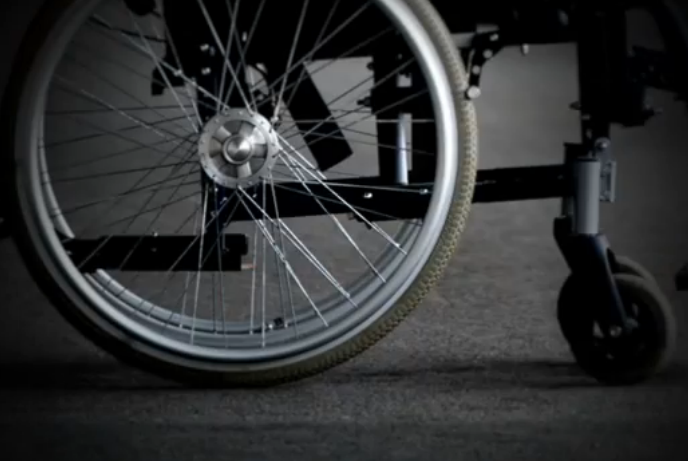 Even NB might not vote for her, after this.

Not only have you made the writer's point, you've driven his point in—in your reply with an

By that remark are you implying the rest of us here are? Well, we are not. I pay way more than my damn fair share.

News Buzzard wrote:One thing I'm not is a Tax Cheat!!!

The differences between Liberals and Conservatives.

If a Conservative is down-and-out, he thinks about how to better his situation. If a Liberal is down-and-out he wonders who is going to take care of him.

If a Conservative does not like a talk show host, he switches channels. A Liberal demands that those they do not like be shut down.

If a Conservative is a non-believer, he does not go to church. A Liberal non-believer wants any mention of God and religion silenced banned from everywhere.

When Liberals Read the News...