News Hawk wrote:"Recent rhetoric indicates that would be a preferred tactic. But polls show the Russian people are wavering. Russian support for a military presence in Ukraine has dropped from 74% to 23%, according to The Economist. 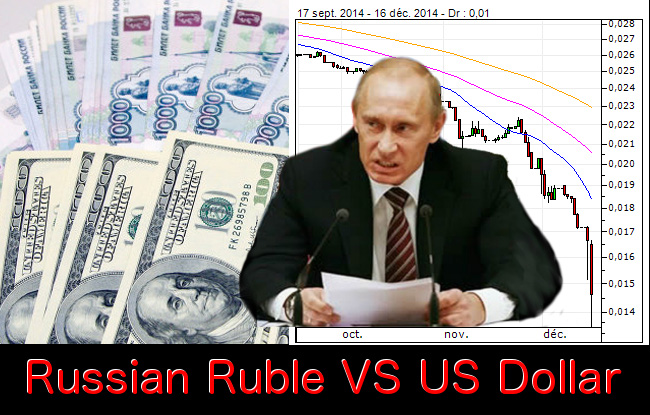 WASHINGTON (AP) -- Russia's suddenly escalating financial crisis risks spilling beyond its borders and endangering parts of the global economy. With economies in Europe, Japan, China and Latin America already ailing, fresh threats have emerged from Russia's shriveled currency, its move to dramatically boost interest rates, the damage from plummeting oil prices and Western sanctions over Russia's action in Ukraine. The alarming 10 percent drop in the ruble over the past two days has amplified the economic turmoil in Russia. Investors fear that Russia may default on its foreign debt obligations - a move that would inflict hundreds of billions...
Associated Press

Russia has become Mexico, but with Nuclear weapons...