Funny yesterday a guy was talking on tv about how cold it was and it was just going to get colder. Guess you can take your choice and believe what you like to believe.

Since "news" hawk doesn't believe much from US media, here is the report from ATP
http://www.bbc.com/news/science-environment-30852588

Nasa climate scientists: We said 2014 was the warmest year on record... but we're only 38% sure we were right

The claim made headlines around the world, but yesterday it emerged that GISS’s analysis – based on readings from more than 3,000 measuring stations worldwide – is subject to a margin of error. NASA admits this means it is far from certain that 2014 set a record at all.

Yet the NASA press release failed to mention this, as well as the fact that the alleged ‘record’ amounted to an increase over 2010, the previous ‘warmest year’, of just two-hundredths of a degree – or 0.02C. The margin of error is said by scientists to be approximately 0.1C – several times as much.

As a result, GISS’s director Gavin Schmidt has now admitted NASA thinks the likelihood that 2014 was the warmest year since 1880 is just 38 per cent. However, when asked by this newspaper whether he regretted that the news release did not mention this, he did not respond. Another analysis, from the Berkeley Earth Surface Temperature (BEST) project, drawn from ten times as many measuring stations as GISS, concluded that if 2014 was a record year, it was by an even tinier amount.
Read more: http://www.dailymail.co.uk/news/article-2915061/Nasa-climate-scientists-said-2014-warmest-year-record-38-sure-right.html#ixzz3PM6SaOqP

Mix politics with global warming, and you get Pablum.

WHL wrote:Funny yesterday a guy was talking on tv about how cold it was and it was just going to get colder.  Guess you can take your choice and believe what you like to believe.

This reflects your utter ignorance on the topic. There is a vast difference between climatology and meteorology...
_________________
The health of a democracy is dependent on an educated citizenry. Political illiteracy is the manure for the flourishing of political appeals based on sheer ignorance.

The paper, Why models run hot: results from an irreducibly simple climate model, by Christopher Monckton of Brenchley, Willie Soon, David Legates and Matt Briggs, survived three rounds of tough peer review in which two of the reviewers had at first opposed the paper on the ground that it questioned the IPCC's predictions.

Not my idea, but I like it: Now that global warming didn't work out, they are calling it climate change.

WHL wrote:Not my idea, but I like it:  Now that global warming didn't work out, they are calling it climate change.

Who doesn't expect the climate to change?

The Vikings harvested wine grapes on a land-mass that is currently completely frozen over.

Unfortunately, we are not likely to hear any similar apologies from those who have been promoting "global warming" hysteria for years, in defiance of data that fail to fit their climate models. What is at issue is not whether there is "climate change" -- which nobody has ever denied -- but whether the specific predictions of the "global warming" crowd as to the direction and magnitude of worldwide temperature changes are holding up over the years.

The ultimate test of any theoretical model is not how loudly it is proclaimed but how well it fits the facts. Climate models that have an unimpressive record of fitting the facts of the past or the present are hardly a reason for us to rely on them for the future."
—Thomas Sowell 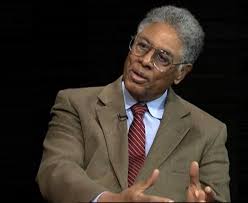 Disagree with him, and you are a Racist!

The deputy director of the National Oceanic and Atmospheric Administration's Climate Prediction Center recently told NPR that global warming is not to blame for the record warm winter temperatures up and down the East Coast.
American Liberty PAC