News Buzzard wrote:HaHaHaHa. No, I think Hillary is the next President Of The United States.

Hillary says, "There's so many people among my friends and relatives who desperately need presidential pardons."

News Hawk wrote:The cost of everything, including government, always goes up!!

Members of Congress already earn $174,000 a year – far greater than the $47,230 that the average US worker earns a year. In fact, according to the Bureau of Labor Statistics, Congressmen earn more than the average lawyer ($133,470),
Read more: http://www.atr.org/congressional-democrats-we-aren-t-being-paid-properly#ixzz3azzAvL9C

Who said raising taxes was an imperative?

It's just more money to waste.

Accepting the Reality That Hillary is Anything But Inevitable

It's time to say out loud what we all already know. It's not Hillary. It just isn't. After the inspired and historic leadership of President Obama, we don't want his runner up from 2008. After the genuine and authentic article, we don't want the 3D printed likeness, no matter how realistic it may appear.
Huffington Post

If we are bringing retreads out of retirement (and Herself, Madame Benghazi, the Cold & Joyless, is essentially retired), why not call up Jimmy Carter, who still has a term of eligibility left? And he has a proven record of how he would handle the Presidency.

Although it's Treason, the Left's importing of foreigners could force "Democracy" to work in their favor: 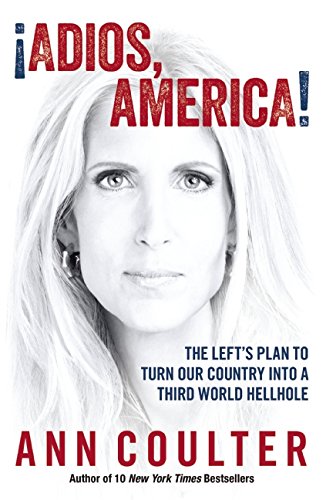 A little-known private foundation controlled by Bill and Hillary Clinton donated $100,000 to the New York Times’ charitable fund in 2008, the same year the newspaper’s editorial page endorsed Clinton in the Democratic presidential primary, according to tax documents reviewed by the Washington Free Beacon.

The Clinton Family Foundation, a separate entity from the Bill, Hillary and Chelsea Clinton Foundation, has been the family’s vehicle for personal charitable giving since 2001.

It is funded directly by the Clintons and distributes more than $1 million a year to civic and educational causes.

A rich as they are now, all the newspapers will be getting a nice donation soon.

Busted: Hillary Caught Not Turning Over All Work Emails

The Select Committee on Benghazi is accusing Hillary Clinton of not turning over all her work-related emails. The committee says it will release the proof later today.

"The Select Committee on Benghazi today released emails it uncovered to and from former Secretary of State Hillary Clinton that should have been, but were not, turned over in response to committee requests. The emails came to light as part of a document request to Sidney Blumenthal, who was recently deposed by the committee after it was discovered nearly half of Secretary Clinton's public record regarding Libya and Benghazi pertains to emails from Sidney Blumenthal," reads a press release from the House committee.
(Excerpt) Read more at weeklystandard.com ...

The  Republicans are conducting a "Witch Hunt".

Surprise, surprise. You mean to tell me Hillary would do such a thing? I am shocked.

Hillary appropriated the flag in 2008...

Nearly 20 years ago, the late columnist William Safire of The New York Times described Hillary Clinton as a "congenital liar." The list of her whoppers was long then and it has been growing ever since. She claimed that as a novice investor in Arkansas she made a 10,000% killing trading cattle futures by reading The Wall Street Journal. Something one observer said was akin to "driving to Hawaii."

She said she came under sniper fire in Bosnia in 1996. She didn't.

She said her daughter was jogging around the World Trade Center on 9/11/2001. She wasn't.

She even once claimed that she was named for Sir Edmund Hillary after he became the first man to climb Mount Everest. But that didn't happen until five years after she was born.

More recently she claimed she'd turned over all her job-related e-mails from her days as Secretary of State. But more work-related e-mails have since turned turned up that the State Department didn't have. And she claimed the notorious Sidney Blumenthal was just an old friend with whom she kept in touch and who sent her unsolicited e-mails. Turns out as we've heard she was reaching out to him in the dark of night during the first year of the Obama administration and her e-mails make clear she welcomed and encouraged his advice.

With such a record of mendacity, and there are numerous other examples, one thing is clear, it's a good thing for Hillary Clinton that she's not a Republican.

Certainly not a close one...Bernie keeps catching up...

That is, if he makes it! The Republican-controlled House Select Committee on Benghazi has released the subpoena it served former secretary of State Hillary Clinton earlier this year.

“The committee has issued several subpoenas, but I have not sought to make them public,” panel chairman Trey Gowdy (R-S.C.) said Wednesday in a statement.

“I would not make this one public now, but after Secretary Clinton falsely claimed the committee did not subpoena her, I have no choice in order to correct the inaccuracy,” he added. “The committee immediately subpoenaed Clinton personally after learning the full extent of her unusual email arrangement with herself, and would have done so earlier if the State Department or Clinton had been forthcoming that State did not maintain custody of her records and only Secretary Clinton herself had her records when Congress first requested them."

The six-page document, delivered to Clinton’s attorney on March 4, asks for all documents sent to and from the private email she used while in office between the dates of January 1, 2011 to December 31, 2012

The subpoena lays out 19 “schedule instructions” as to how compliance should be handled, including how files should be indexed electronically.

The release of the subpoena comes one day after Clinton chided Republicans for making her use of a private email server a political issue.

“Everything I did was permitted,” Clinton said in an interview with CNN. “There was no law, no regulation, there was nothing that did not give me the full authority to decide how I was going to communicate.”

She said she used one device for sending emails, that all of her emails went into a government system, and that she turned over 55,000 pages of messages for release “because I wanted to go above and beyond what was expected of me.”

Gowdy issued a strongly worded statement hours later, saying Clinton had a “duty” on several levels to preserve her messages.

On Wednesday, he said “the timing of the Secretary's decision to delete and attempt to permanently destroy emails is curious at best.

“The Secretary left office in February of 2013. By her own admission she did not delete or destroy emails until the fall of 2014, well after this Committee had been actively engaged in securing her emails from the Department of State,” he said.

“For 20 months, it was not too burdensome or cumbersome for the Secretary to house records on her personal server but mysteriously in the fall of 2014 she decided to delete and attempt to permanently destroy those same records,” he added.
The Hill

Her records would show how she and Obama conspired to cover-up the Benghazi terrorist raid on our embassy and the nearby annex. The annex was where Libyan weapons were stored and made ready for delivery to anti-Assad groups. More will come out regarding these Libyan weapons, stolen from Ghaddafi's army.

Yet with all she has done, it may be the roping off of the press that hurts her the most. 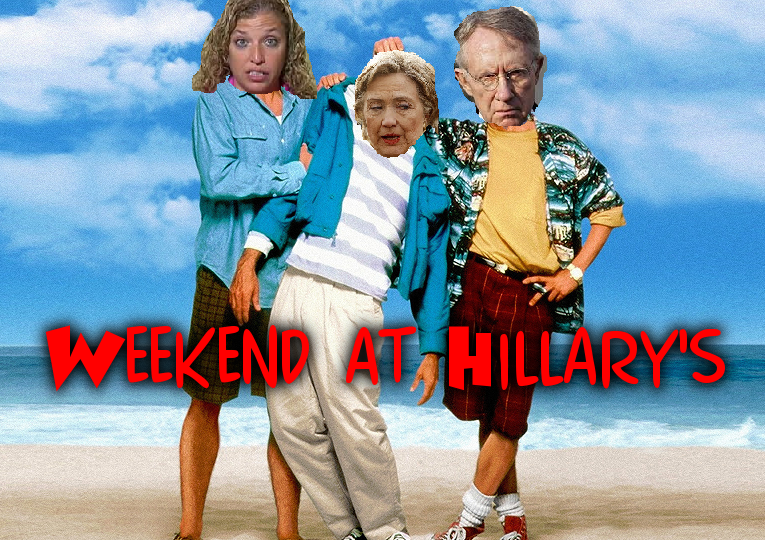 WHL wrote:Yet with all she has done, it may be the roping off of the press that hurts her the most.

Agreed- she is running scared... just answer some real questions!

WHL wrote:Surprise, surprise.   You mean to tell me Hillary would do such a thing?  I am shocked.

Hillary edited some of her emails before turning them over.

She told us in a press conference that she had turned over "all my emails that could possibly be work-related". Now we find that she did NOT turn over all of her work-related emails?

She also said that she "did not email any classified material to anyone on my email". But she did. The State Department has now upgraded at least 25 of Hillary's emails to “classified” status.

For the record, it is a federal crime to “knowingly” house classified information at an “unauthorized location.”


U.S. Code, Title 18, Part I, Chapter 101, Section 2071, Paragraph a: “Whoever willfully and unlawfully conceals, removes, mutilates, obliterates, or destroys, or attempts to do so, or, with intent to do so takes and carries away any record, proceeding, map, book, paper, document, or other thing, filed or deposited with any clerk or officer of any court of the United States, or in any public office, or with any judicial or public officer of the United States, shall be fined under this title or imprisoned not more than three years, or both.”

Paragraph b: Whoever, having the custody of any such record, proceeding, map, book, document, paper, or other thing, willfully and unlawfully conceals, removes, mutilates, obliterates, falsifies, or destroys the same, shall be fined under this title or imprisoned not more than three years, or both; and shall forfeit his office and be disqualified from holding any office under the United States.

It is important to quote this code verbatim.

For four years Hillary used a private server, at her house, to conduct State business. Those emails were not transacted or recorded through official State Department servers which are protected and backed up regularly to protect them from hackers.

She was keeping her State Department emails out of the reach of Freedom of Information Act requests. She willfully and unlawfully concealed, removed, mutilated, obliterated, falsified and destroyed material that was part of official State Department business.

Not surprised at all!!

Nor am I surprised.

When she did finally allow the press a question, they asked what her favorite flavor of ice cream was. Are you kidding me???? That's the most important thing in this country. Just shows how they are in her pocket.