A Letter From Iran

A Letter From Iran

Anyone notice that NB got a "mention"?

The TRUE WILL of the people, as you know, is to follow those of us who understand what is best.

Who do you trust? US Congressmen, or  Obama and "Iran's Council of Experts"?

Do Dims support US troops on the battlefield? 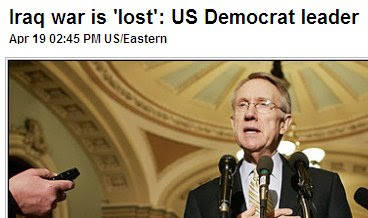 One day after the attack on Pearl Harbor, one person in Congress voted against War with Japan.

Is that person a hero in your eyes?

Somehow, warnings to the entire world are traitorous?

Here's a "Presidential" address directly to the Iranian people; unfortunately, there is NO "fatwa" against nukes...


General Petraeus, you gotta praise his guts. General Petraeus is out there today saying that Iran is a greater threat to the United States than ISIS, and Obama doesn't really think either one of them is much of a threat. He doesn't give ISIS much the time of day. Everything he does is perfunctory there, and now he's on Iranian TV, and don't doubt me, folks. A sizable percentage of the Iranian population does not like its government and would love to be able to get rid of it.

When I heard that speech the first time I couldn't believe it. He sounds like we are friends with Iran.

BTW, why has nobody ever said a thing about his speech impediment? He whistles every time he says and s. Most people do a little but he is unbelievable. If that was Bush, it would be talked about endlessly.

A New Look at John Kerry's Exposure to Blackmail...

In a greeting to the Iranian people on the occasion of the traditional New Year (Nowruz) holiday last week, Secretary of State John Kerry exposed a secret that journalists and academics have been agonizing over for the past six weeks: the fact that his daughter has married an Iranian-American who has extensive family ties to Iran.

“I am proud of the Iranian-Americans in my own family, and grateful for how they have enriched my life,” Kerry said in the official statement. Kerry also said he was “strongly committed to resolving” the differences between the United States and the Islamic Republic of Iran, “to the mutual benefit of both of our people.”

Politicians like to keep their families off-limits to the press, a decorum enforced vigorously when it comes to politicians who are in favor with the national media but ruthlessly discarded for others. But in Kerry’s case, there could be larger ramifications.

Since its inception, the FBI has vetted U.S. government officials involved in
national security issues, and it generally won’t grant clearances to individuals who are married to nationals of an enemy nation or have family members living in that country, for fear of divided loyalties or, more simply, blackmail.

Behrouz (Brian) Nahed and Vanessa Kerry Nahed are both resident physicians at Mass General in Boston. An Iranian government website first published pictures of the married couple in February, just as Kerry was up for confirmation hearings before the Senate Foreign Relations Committee. Dr. Nahed’s parents live in Los Angeles, but he has relatives still in Iran. The Iranian website reported that shortly after their marriage, the young couple visited those relatives in Iran.

Was the Iranian publication itself a subtle form of blackmail, aimed at letting Kerry know that the regime is fully aware of his son-in-law’s extended family in Iran? The Islamic Republic systematically puts pressure on family members of prominent Iranian-Americans (for example, individuals who work at the Persian service of Voice of America), to make sure that they do not engage in hostile statements or activities against the Tehran regime.

Certainly, Secretary Kerry has long favored a U.S. rapprochement with the Islamic Republic. He has repeatedly appeared with groups such as the American Iranian Council (AIC), and has taken money from Iranian-Americans for his political campaigns, including at least one illegal donation from an Iranian woman who did not have a green card. So he didn’t need to have an Iranian-American family member to believe that the United States should forge direct relations with the Islamic Republic or ease U.S. pressure on the regime.

Kerry may have figured that by revealing the family tie himself he could diffuse the situation, and make it more difficult for the regime to put pressure on his son-in-law’s family. Of course, that’s assuming Kerry in fact plans to do anything that angers the regime.
http://dailycaller.com/2013/03/25/kerry-exposes-iranian-family-tie-and-subjects-family-to-blackmail/

Iran has a friend in John Forbes Kerry! 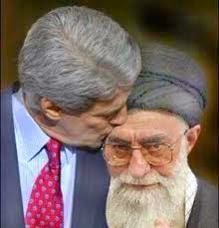 Similar topics
» This is why nothing is getting done for the American people.
» The Ebola Delerium
» BMH letter "Why not incremental"?
» Another Letter to the editor about BMH
» Letter from My Friend in Iraq...