Shoots up Parliament after gunning down soldier on Honorable Post Duty outside War Memorial. 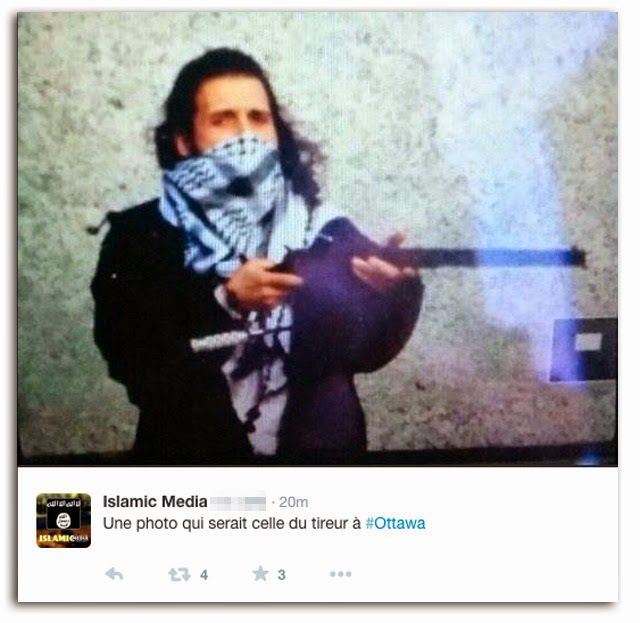 "All the details are not in, but the sergeant-at-arms, a former Mountie, is the one that engaged the gunman, or one of them at least, and stopped this," Fantino said. "He did a great job and, from what I know, shot the gunman and he is now deceased."

Vickers, a 57-year-old New Brunswick native, was appointed sergeant-at-arms in the House of Commons in 2006. Before that, Vickers, a 29-year veteran of the RCMP, served as director of security operations for the House of Commons, providing security services for dignitaries, including Prince Andrew and members of the Canadian royal family.
Yahoo

A ceremonial office that keeps a gun handy.

Looks like a tough guy himself, reminds me of Cheney... 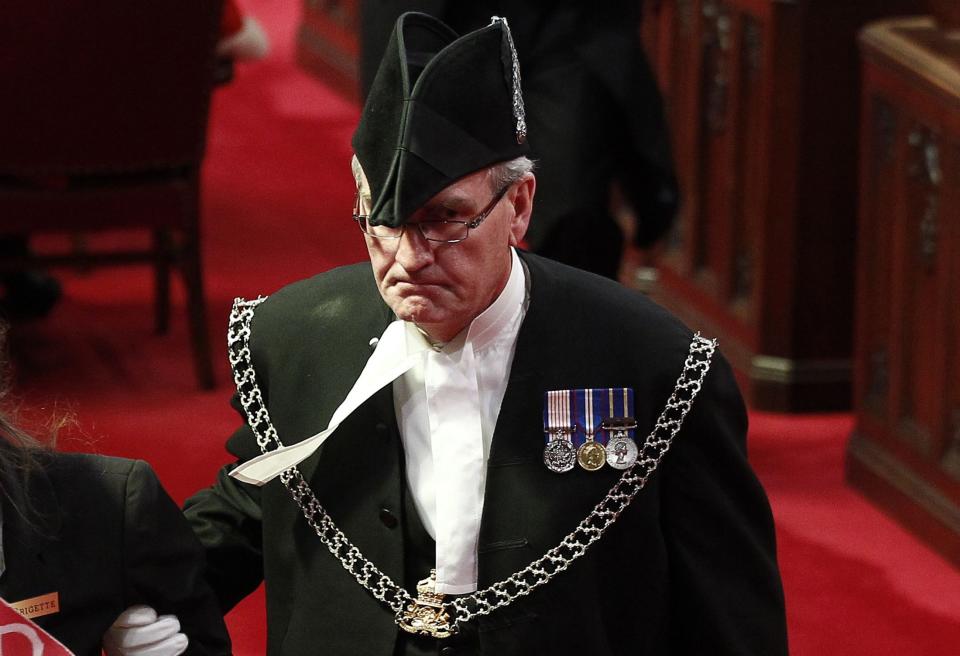 News / Canada: Soldiers told not to wear uniforms in public, bases hike security Rear Admiral John Newton asked staff 'to restrict movement in uniform as much as possible' in light of the Ottawa attacks. By: The Canadian Press, Published on Wed Oct 22 2014

OTTAWA—Canadian Forces bases across the country were told Wednesday to consider increasing security levels after shootings on Parliament Hill and at the National War Memorial in Ottawa. Maj.-Gen. Christopher Coates said bases were asked to take “precautions appropriate to their environments” to ensure the safety and security of personnel, equipment and buildings.

At one time, US soldiers were given the same instructions for the US, but only when in a few foreign countries!

Video of the assault on Parliament:

The Sergeant at Arms, a hero, returns to Parliament the following day: