Why Government is The Problem...

Why Government is The Problem...

MINNEAPOLIS (WCCO) – Two of the Twin Cities men accused of trying to join ISIS are now charged with student loan fraud. Investigators say both Hamza Ahmed, 19, and Hanad Musse, 19, used more than $1,000 from federal student loan accounts for plane tickets to Turkey and Greece. Prosecutors say they were really going to Syria to join ISIS.

They're using OPM for what?

WASHINGTON (AP) — The Centers for Disease Control and Prevention said Wednesday it is investigating what the Pentagon called an inadvertent shipment of live anthrax spores to at least one, and perhaps as many as nine, laboratories that expected to receive dead spores. "At this time we do not suspect any risk to the general public," CDC spokeswoman Kathy Harben said.
‎SFGate.com

They don't even know if they'd sent the spores to one or nine destinations!

The gov. is so out of control it's pathetic. No one is in charge. When something is as big as it is, what would you expect?

Thieves used an online service provided by the IRS to gain access to information from more than 100,000 taxpayers, the agency said Tuesday.

The IRS said the thieves accessed a system called "Get Transcript." In order to access the information, the thieves cleared a security screen that required knowledge about the taxpayer, including Social Security number, date of birth, tax filing status and street address.

"The IRS notes this issue does not involve its main computer system that handles tax filing submission; that system remains secure," the agency said in a statement.

The IRS said thieves targeted the system from February to mid-May. The service has been temporarily shut down.
ABCnews.go.com

The primary job of Government is to protect its citizens. Targeted for over a period of four months, these 100,000 taxpayers could soon find their life savings going to foreigners (or Illegal immigrants).

IRS Hires $1,000-An-Hour Lawyers And It Might Have Violated Federal Law

The Internal Revenue Service (IRS) is paying a Washington law firm $1,000 an hour in taxpayer money to perform a corporate audit, despite its claim of being severely underfunded.

The IRS’ $2.2 million contract with big-money firm Quinn Emanuel has sparked a Senate Finance Committee investigation, with the committee’s chairman saying that the IRS “appears to violate federal law.”

Senate Finance Committee chairman Sen. Orrin Hatch wrote a letter this month to IRS commissioner John Koskinen stating his concerns relating to the contact, which pays Quinn Emanuel $1,000 an hour to perform an audit of Microsoft.

“Despite these statutory prohibitions against the outsourcing of certain revenue functions or sharing of confidential taxpayer information, in May of last year the IRS hired a litigation law firm to assist in the income tax audit and investigation of a corporate taxpayer, including the conduct of sworn interviews,” Hatch’s letter stated.

“The IRS’s hiring of a private contractor to conduct an examination of a taxpayer raises concerns because the action: 1) appears to violate federal law and the express will of the Congress; 2) removes taxpayer protections by allowing the performance of inherently governmental functions by private contractors; and 3) calls into question the IRS’s use of its limited resources.”
(Excerpt) Read more at dailycaller.com ...

The IRS, made up of lawyers and accountants, hires a private law firm to audit a private corporation?
_________________
..."The beauty of being a liberal is that history always begins this morning..."

What Was Either One or Nine, Is Now Twenty-four Labs Sent Deadly Virus.

The Department of Defense has ordered a review of all labs following revelations that the number of labs that received live anthrax samples is larger than first reported.

"As of now, 24 laboratories in 11 states and two foreign countries are believed to have received suspect samples.

We continue to work closely with the Centers for Disease Control and Prevention (CDC), who is leading the ongoing investigation pursuit to its statutory authorities. The Department will continue to monitor the situation and provide updates to the public," Defense Department said in a statement. The Defense Department had previously reported labs in nine states..
Washington Examiner

Where do you think West Nile came from? A lab on Long Island is the answer.

In March, the federal government removed the latest vaccine injury court statistics—more than a year’s worth of data—from one of its publicly reported charts. It was an abrupt departure from the normal practice of updating the figures monthly.

Wiping the latest data means the “adjudication” chart on a government website no longer reflects the recent, sharp rise in court victories for plaintiffs who claimed their children were seriously injured or killed by one or more vaccines. Since January of 2014, twice as many victims have won court decisions than the previous eight years combined.
Sharyl Attkisson.com

"The Most Transparent Administration in History" scrubs data.

‎The government is taking action to curb the long-maligned practice of putting federal employees on paid leave for months — and even years — while they wait to be punished for misbehavior or cleared and allowed to return to the office.

In a memo last week, Office of Personnel Management director Katherine Archuleta told agency heads that the extensive use of administrative leave throughout government should be just the opposite: a “temporary solution,” only for problem employees who pose a danger to themselves or their colleagues.
Washington Post

Obama Not Content to Hand Out OPM to Americans?

Illegal immigrants granted executive amnesty can claim back tax credits for work they performed illegally, even if they never filed a tax return during those years, IRS Commissioner John Koskinen has confirmed to Sen. Chuck Grassley (R-IA).

In a written response to questions Grassley, chairman of the Senate Judiciary Committee, asked Koskinen following a February hearing on the IRS budget, the IRS commissioner clarified his earlier assertions that illegal immigrants granted executive amnesty — and Social Security numbers — can access Earned Income Tax Credits (EITC) for years they were working in the country illegally.

Back in February, Koskinen said that in order to claim the tax credits the amnestied illegal immigrant would have had to have filed returns in the past.

In his written statement to Grassley, released Wednesday, Koskinen went another step, saying an illegal immigrant granted amnesty could claim back tax credits regardless if they had filed returns in the past.
(Excerpt) Read more at breitbart.com

So a Guatemalan returns home, and gets US Government free money sent overseas?

And it was just jobs being sent overseas that upset us?

They're popping up, more and more! 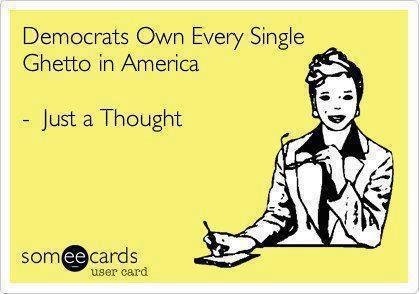