Why Do I Find This Photo Funny?

Why Do I Find This Photo Funny?

It's because humans and dinosaurs weren't co-existing 65 million years ago.

Although, in South Africa, a huge extinct eagle's nest did yield the bones of a young humanoid.

In 2006, Lee Berger announced the Taung Child probably was killed by an eagle or other large predatory bird since the similarity of damage to the skull and eye sockets of the Taung Child is of that seen in modern primates that are known to have been killed by eagles. There are talon marks in the eyes as well as a depression along the skull that is common in creatures that have been preyed upon by eagles.[33]

The carnivorous, but extinct, Quetzalcoatlus of Texas, had a wingspan of 35 feet.

I'd make an exception! 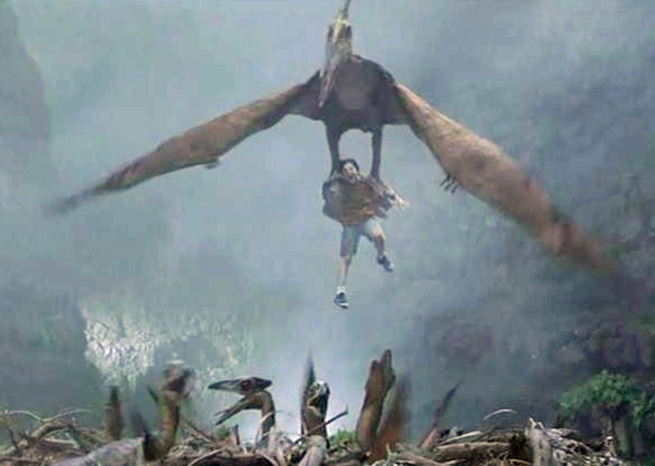 Just look for a nest with lots of sneakers under it.