Obama Attacks The Crusades in Speech...

Obama Attacks The Crusades in Speech...

Bobby Jindal on Friday released a statement responding to the president’s remarks on Thursday at the National Prayer Breakfast...

“It was nice of the President to give us a history lesson at the Prayer breakfast,” Jindal said. “Today, however, the issue right in front of his nose, in the here and now, is the terrorism of Radical Islam, the assassination of journalists, the beheading and burning alive of captives.

We will be happy to keep an eye out for runaway Christians, but it would be nice if he would face the reality of the situation today. The Medieval Christian threat is under control, Mr. President. Please deal with the Radical Islamic threat today.”

Jindal, a potential 2016 presidential candidate, caused a stir on a recent trip to London when he assailed so-called “no go” zones and, in subsequent remarks both in Europe and in the U.S., insisted on the importance of assimilation among immigrants.

“You’ve got people who want to come to our country but not adopt our values,” the Louisiana governor told CNN last month, calling the idea ”dangerous.”

Thought I'd add more to Jindal's quotes, and set the record straight—with a primer... 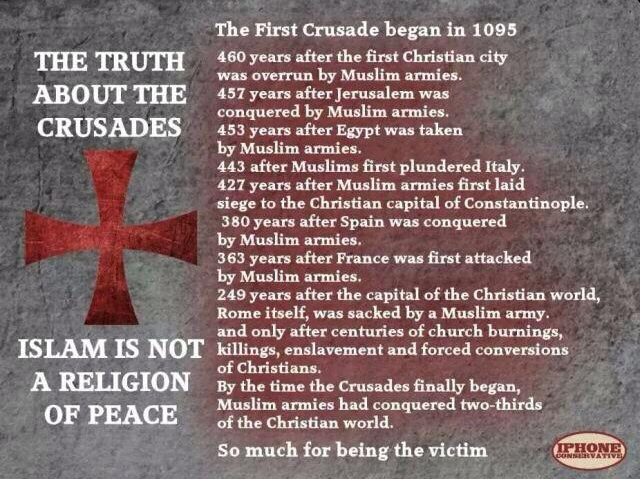 “Humanity has been grappling with these questions throughout human history. Unless we get on our high horse and think this is unique to some other place, remember that during the Crusades and the Inquisition, people committed terrible deeds in the name of Christ. In our home country, slavery and Jim Crow all too often was justified in the name of Christ," Obama said.
—Fox News Insider

Thirty seconds in, this video tells Obama how it is:

"We need to keep Guantanamo open, and your mouth shut!..." 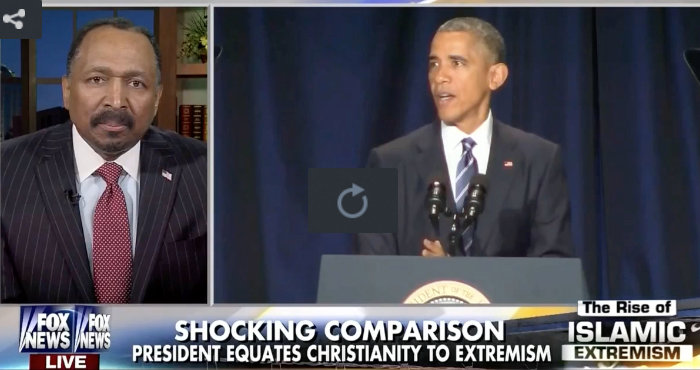 “I don’t think the president knows very much about the crusades,” Thomas Madden, a historian at the University of St. Louis, told ABC News.

“He seems to be casting them as an example of a distortion of Christianity and trying to compare that to what he sees as a distortion of Islam in the actions of ISIS,” Madden said. “The initial goal of the Crusades was to give back lands to Christians that been conquered, due to Muslim conquests.”
https://gma.yahoo.com/historians-weigh-obamas-comparison-isis-militants-medieval-christian-233947247.html

"The massacre of over 2,700 Muslims by Richard the Lionheart was well documented...."

News Buzzard wrote:"The massacre of over 2,700 Muslims by Richard the Lionheart was well documented...."

So in retrospect, how does that look?

Now that Barack Obama, the know-nothing about history occupier of the oval office, has opened the door to defending the atrocities of Islam vs. those of Christianity by invoking the Crusades, it’s time to set the record straight and watch the interactive map done by Dr. Bill Warner that demonstrates the spread of Islam that prompted the Crusades.

As Dr. Warner states, the Crusades were defensive wars. The first one was a holy war called to take back the Holy Land from the Islamists, and as such was really a Christian pilgrimage.
http://dcgazette.com/take-five-minutes-watch-spread-islam-via-jihad-crusades/

Jihad by Land and Water...

Compare those epic jihad battles (above) with battles fought in "The Crusades"—below... 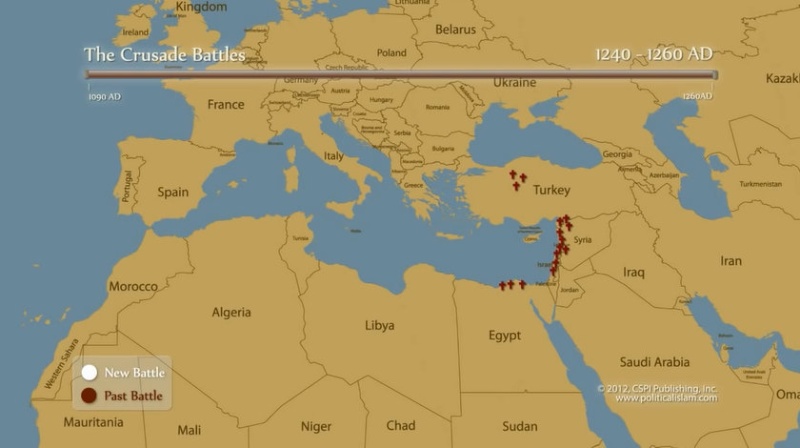 Reports began surfacing last week that the Obama administration is offering Iran technical concessions on its nuclear infrastructure in exchange for Iran’s use of its leverage to tamper regional turmoil.

Meeting for over two hours with Kerry, Zarif said that discussions focused on how sanctions will be lifted once a deal is reached, and how many uranium-enriching centrifuges will remain.

Zarif also met with European Union high representative Federica Mogherini, who said publicly that the time was ripe to reach an agreement. The two acknowledged conversations went beyond the nuclear file and covered the conflicts embroiling much of the Middle East.

Have I mentioned that Obama's Senior Advisor was born in Iran? 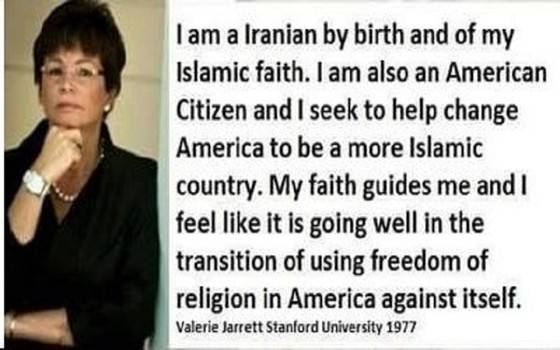 Similar topics
» MSNBC's Chris Matthews Goes off the Reservation...
» Bush speechwriter: Obama's SOTU "eerily familiar" to W's 2007 SOTU speech.
» The Whistleblower
» “In our time, political speech and writing are largely the defense of the indefensible”
» Why is our government spying on me and you in the fight against terrorism?