Campaign aides for Democratic presidential frontrunner Hillary Clinton on Saturday roped off reporters from the candidate as she walked and talked with potential voters during a July Fourth parade in New Hampshire, sparking frustration from the press corps and outrage from the state Republican Party.

“Hillary Clinton continues to demonstrate her obvious contempt and disdain for the Granite State’s style of grassroots campaigning,” New Hampshire Republican State Committee Chairman Jennifer Horn said in a statement. “The use of a rope line at a New Hampshire parade is a sad joke and insults the traditions of our first-in-the-nation primary.”

Reporters were reportedly allowed to get close to Clinton but were later herded away by campaign aides concerned about crowd control.

"Roped-off" is NOT a figure of speech! 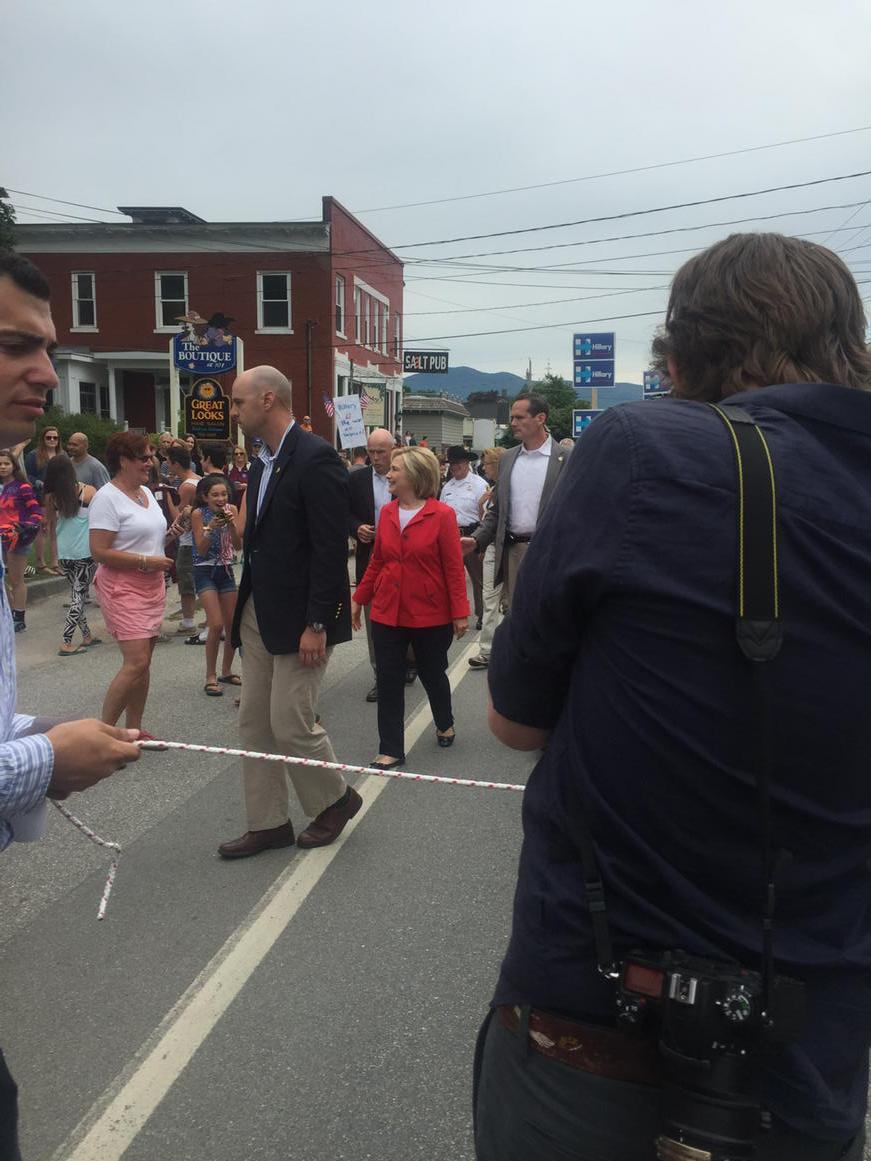 Similar topics
» States limiting drugs
» Hospital coverage
» Something else the press is trying to keep secret.
» Not Just Brits: Aussie Press, Too...
» Positive attitude about getting insurance coverage.