Is one deportation on the horizon?

WE all need to wake up.

As ABC news reported in December: "Since 2009, the annual average number of deportations has approached 400,000, according to the Department of Homeland Security. That’s double the annual average during President George W. Bush’s first term and 30 percent higher than the average when he left office."

Meanwhile, the flow of illegal immigrants into the United States has hit a decade low because of the down economy and stepped-up enforcement efforts.

Obama's deportations are the same 400,000—counted over again.

WHL wrote:WE all need to wake up.

Obama's deportations are the same 400,000—counted over again.

You just hate it when the facts get in the way of your hatred of Obama don't you?

The 9/11 attack occurred on Bush's watch. We were told it was coming, but just didn't know where.

I don't hold it against The Greatest Generation that we knew Hawaii was one of three US targets that the Japanese were overdue to attack. Even on that deadly Sunday morning, two Japanese submarines had been broached by US aircraft, and forced ashore. Radar picked up approaching aircraft, but we dismissed that clue as well. The cruise ship Lurline of the Matson Lines advised the US Army that they'd picked up Japanese radio conversations in an area of concern.

World War Two took over 450,000 American lives, but we tend to think better of people—even though they might appear to give us grief down the line.

This Boston bombing tells us that WMDs are now in the streets of Massachusetts.

It's long overdue that this Administration stop playing loose with our security, learn from 9/11, stop infringements of our Constitution, come clean on arming ME Terrorists from Benghazi, crush political correctness, demand that our Media do some real reporting, and stop with the Administration's skilled playing of "where's the peanut?" 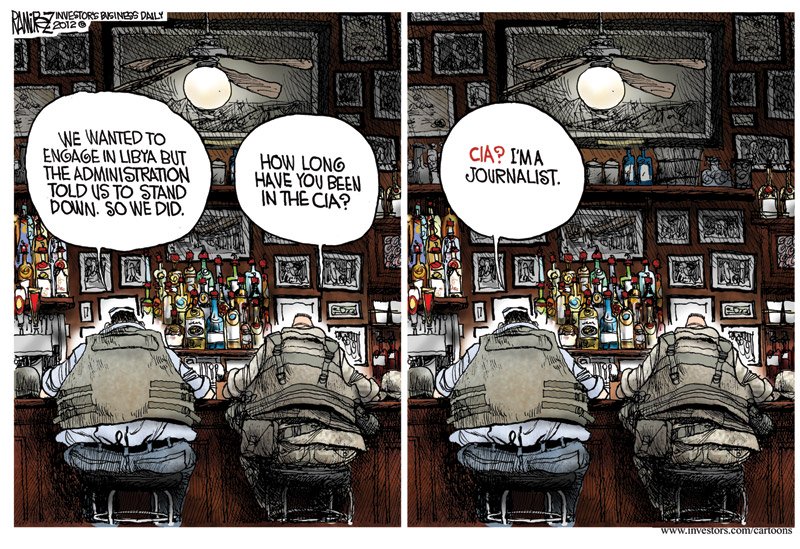 You're the NEWS HAWK so get over there!

"...You just hate it when the facts get in the way of your hatred of Obama don't you...?

I agree with Mychal Massie:

"The truth is I do not like the Obamas, what they represent, their ideology, and I certainly do not like his policies and legislation. I've made no secret of my contempt for the Obamas...I don't like them because they are committed to the fundamental change of our country into what can only be regarded as a Communist state.

I don't hate them per definition, but I condemn them because they are the worst kind of racialists, they are elitist Leninists with contempt for traditional America . They display disrespect for the sanctity of the office he holds, and for those who are willing to admit same, Michelle Obama's raw contempt for white America is transpicuous.

I don't like them because they comport themselves as emperor and empress. I expect, no I demand respect, for the Office of President and a love of our country and her citizenry from the leader entrusted with the governance of same."

One President did let OBL get away, but he was impeached for suborning perjury and lying—instead.

US Immigration Fears Terror Threat From 6,000 Missing on Student Visas

The Obama administration is unable to locate 6,000 foreign nationals who have entered the United States on student visas, raising concerns about the government's ability to track potential terror suspects who may already be in the country.

"My greatest concern is that they could be doing anything," Peter Edge, the U.S. Immigration and Customs Enforcement official who oversees investigations into visa violators, told ABC News. "Some of them could be here to do us harm."

The news comes as Prime Minister David Cameron announced plans to block British jihadists with passports from re-entering Britain as the threat of violence from the Islamic State intensifies.

The move builds on a pledge he made Monday to withdraw passports from those within the United Kingdom suspected of having traveled abroad to fight alongside terrorist groups.

According to ABC News, U.S. immigration officials have had difficulty keeping track of the escalating number of foreign students entering the United States. In the past year alone, 58,000 students overstayed their visas.

"They just disappear," Oklahoma GOP Sen. Tom Coburn told ABC News. "They get the visas and they disappear."

Since the Sept. 11, 2001 terrorist attacks, 26 student visa holders have been arrested in the United States on terrorism-related charges, ABC News reported. The 9/11 Commission had recommended that the student visa program be tightened to combat future threats but the system continues to remain vulnerable to abuse.

There are currently 9,000 institutions of higher learning which are on the government approved list certifying them to accept overseas applicants. But Congress has raised concerns that immigration officials have continued to grant schools certification even when they lack accreditation, state certification, or other measurable academic standards.

"When schools are not legitimate that enables terrorists to come here under a fraudulent basis and disappear into the fabric of society without anybody knowing that they are here for illegitimate reason," Janice Kephart, counsel to the 9/11 Commission, told ABC News.

"Because the system itself will say they're here legitimately when in fact they're not."

Schools are ultimately responsible for keeping track of visa holders and are required to report to the government if students fail to attend class, but a number of institutions have been more focused on selling visas rather than educating students.

"We know we have a lot of non-accredited universities that are using this system to bring people in, collect money, and not educate them at all," Coburn said. "To me, it's a mess."

Edge said that while immigration agents are attempting to locate missing students, there is "a lot more work to do" to tighten the student visa program, ABC News reported.

'Worse than I thought!