Is this Obama’s version of “Ethnic Cleansing”?

While the country watches in horror at the way the VA has treated America's veterans, there's another outrage occurring right under our noses.

Scores of undocumented immigrants are being flown to Arizona and dumped at bus stations in Phoenix and Tucson.

By Immigration and Customs Enforcement.

It seems the overwhelmed Texas Border Patrol doesn't have the manpower to handle the surge in illegal border crossings in south Texas, so they're exporting immigrants caught trying to sneak into Texas to Arizona, where the immigrants are apparently free to go about their business.

As reported by The Arizona Republic's Daniel Gonzalez, federal officials in recent days have flown in about 400 people who were caught trying to enter the country illegally through the Rio Grande Valley. The people are then dropped at bus stations in Phoenix and Tucson and told to report to a local ICE office within 15 days.

Never mind the inhumanity in dumping people – many of them women and babies – into a strange city where the temperatures are soaring over 100 degrees and they know no one.

Never mind that it seems just absurd to think they're actually going to show up at a local ICE office within 15 days, as directed.

While President Obama continues his call for immigration reform and talks about securing the border and his record number of deportations, it seems his interdiction plan these days can be summed up in two words: Go Greyhound. "We have an immediate humanitarian crisis that confronts this country. We also have a crisis in terms of: this country cannot absorb, nor should it, a limitless number of people, particularly children, who want to come across our border." 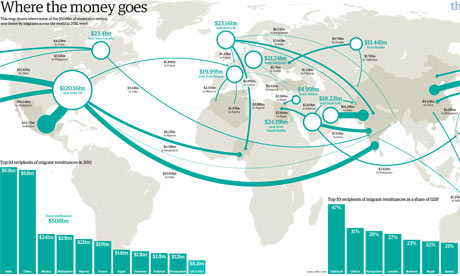