People blame the new horrors in Iraq on the American-led invasion in 2003. But the exact reason why the country is in civil war today is because the Americans are not there.

If US troops were still present, the fanatical ISIS, the “Islamic State of Iraq and al-Sham”, would not have swept through the north of the country and now be threatening Baghdad.


The US constitution forbids the President to have more than two terms in office. This may be a valuable restraint on power, but it also means that any two-term president stops governing quite soon after his re-election. Instead he tries to secure his “legacy”. The more he thinks about this, the more it trickles away.

Barack Obama had a legacy earlier than any other American president. He was the first black president before he was even inaugurated. Very shortly after that, he was awarded the Nobel Peace Prize. From the start, he was supposed to go down in history as “the Peace President”. This has all turned into a tremendous disadvantage.

LOL....why don't you remember the agreement Bush made with Maliki to remove ALL troops in 2011?
I know Fox doesn't cover the facts but let me refresh your failing memory.

The U.S.–Iraq Status of Forces Agreement (official name: Agreement Between the United States of America and the Republic of Iraq On the Withdrawal of United States Forces from Iraq and the Organization of Their Activities during Their Temporary Presence in Iraq) was a status of forces agreement (SOFA) between Iraq and the United States, signed by President George W. Bush in 2008. It established that U.S. combat forces would withdraw from Iraqi cities by June 30, 2009, and all U.S. forces will be completely out of Iraq by December 31, 2011.[1] The pact required criminal charges for holding prisoners over 24 hours, and required a warrant for searches of homes and buildings that were not related to combat.[1] U.S. contractors working for U.S. forces would have been subject to Iraqi criminal law, while contractors working for the State Department and other U.S. agencies would retain their immunity. If U.S. forces committed still undecided "major premeditated felonies" while off-duty and off-base, they would have been subjected to an undecided procedures laid out by a joint U.S.-Iraq committee if the U.S. certified the forces were off-duty.[2][3][1][4]

The agreement expired at midnight on December 31, 2011, even though the United States completed its final withdrawal of troops from Iraq on December 16, 2011. The symbolic ceremony in Baghdad officially "cased" (retired) the flag of U.S. forces in Iraq, according to army tradition.[5]
http://en.wikipedia.org/wiki/U.S.%E2%80%93Iraq_Status_of_Forces_Agreement

There you go again, News Pigeon ! Don't you know the Forum of Gloom is a fact free site solely dedicated to bashing Obama ? (just like FOX News)

And sent this to me, saying "Don't expect help from Obama"...

NEW YORK – A U.S. contractor in Iraq told WND the Iraqi Air Force has begun evacuations from Balad Air Force Base, where 200 American contractors were trapped by the al-Qaida-inspired jihadists who have seized control of two cities and are now threatening Baghdad.

A contractor with Sallyport Global, who asked not to be named, told WND through a Skype instant message that he was transported from Balad to Baghdad and was communicating from a C-130 preparing to take off to Dubai.

He said 300 in total have been evacuated from Balad, about 60 miles north of Baghdad, and another 100 are still awaiting airlift. He said the Iraqi Air Force is trying to evacuate everyone by midnight local time.

WND previously reported Friday that private contractors who have recently returned to the U.S. from Iraq said their former colleagues effectively had been abandoned by the U.S. military and were fighting for their lives against an army of jihadists surrounding the base who belong to the Islamic State in Iraq and Syria, or ISIS.

The U.S. contractors were at Balad to help the Pentagon prepare the facilities for the delivery of the F-16 aircraft the Obama administration has agreed to provide the Iraqi government.

The surrounded Americans said they were under ISIS fire from small arms, AK47s and rocket propelled grenades, or RPGs.

The contractors had been able to hold the base, but those on the scene reported it was only a matter of time before the ISIS terrorists succeeded in breaking through the perimeter. The sources confirmed the contractors were still under siege, despite an Associated Press report Thursday, citing U.S. officials, that three plane loads of Americans were being evacuated from Balad.

WND learned from sources that the jihadists closed down escape routes, and the U.S. Air Force was in a stand-down position. U.S. forces were not assisting even with air cover so a private extradition flight could land for a rescue, the sources said.

The sources contended the U.S. military could provide the necessary air cover to protect C-130s or other air transport craft sufficient to make the evacuation, but so far officials had refused to get involved.

Balad Air Force Base has been under attack since Wednesday, when ISIS rebels seized the nearby town of Tikrit, the birthplace of Saddam Hussein.

The attacking ISIS forces approached the base in trucks Wednesday and called through loudspeakers for all private security forces and Iraqi special military to leave immediately or die.

The U.S. private contractors in touch with WND reported that after hearing the broadcast, the private security forces and the Iraqi military defending the base dropped their weapons and ran.

The American contractors collected the weapons left behind and were able to hold off further immediate advances.
—WND

Is this turning into another Benghazi?

Charles Krauthammer said Monday on that President Obama "removed the glue" that held Iraq together by pulling out American troops.

Krauthammer, a syndicated columnist and Fox News contributor, said that although Obama promised that he had left behind a "stable and secure and sovereign Iraq" by ending the war, he did not.

"The fact is, that it was relatively stable and secure as a result of that fact that Americans were deeply involved," he said. "He removed the involvement, he removed the glue, and now he has to undo that, at least in part."

Krauthammer said that Iraq will not get better overnight, but there is still hope.

"It isn't as if the situation is hopeless, but simply asking that (Iraqi Prime Minister) Maliki reform himself overnight is not going to work," he said.
http://www.foxnews.com/politics/2014/06/16/krauthammer-obama-removed-glue-in-iraq-by-withdrawing-us-troops/

Couldn't have said it myself any better... 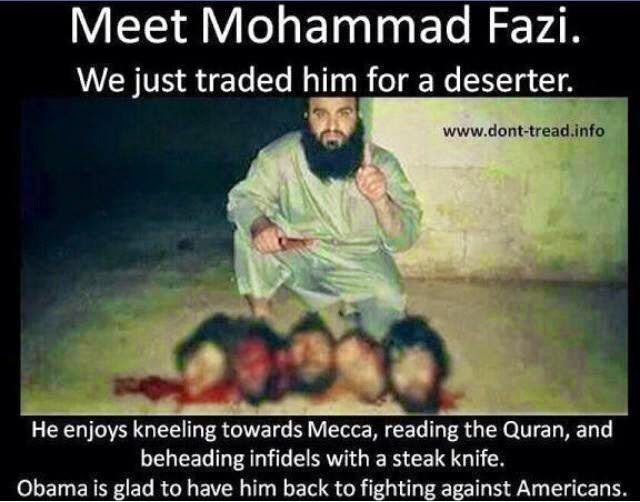 Megyn Kelly, of FOX News, takes it to Dick Cheney:

It's about time for FOX News !

I saw that....Cheney needs to crawl back under his slimy rock! What hubris coming from that one who got it all wrong.....


Sure the left has a formidable cast on moonbats on their side (Pelosi, Reed, Gore), but none can get the mouth-frothing vile reaction Vice President Dick Cheney gets from the other side.

I didn't know Megyn Kelly was a liberal. Believe me, Cheney is a has been who has no effect on how Obama will conduct foreign policy. Cheney is really an old fool who should just keep his mouth shut, like Bush does.

If you were at all honest, I think you'd have to admit it drives you crazy too, considering his $$multi-trillion mis-adventure in Iraq will be paid by all of us...today I heard the figure of $14 trillion when all is said and done. Doesn't that make you proud to be a Republican??

If you were at all honest, I think you'd have to admit it drives you crazy too, considering his $$multi-trillion mis-adventure in Iraq will be paid by all of us...today I heard the figure of $14 trillion when all is said and done. Doesn't that make you proud to be a Republican??

His answer will be to shut down Social Security, Medicare, Medicaid, Education, Infrastructure and the Highway Trust Fund. Let's turn the USA into a third world country to pay off those wars. How sad !

News Buzzard wrote:"...Let's turn the USA into a third world country to pay off those wars..."

There's only one reason for such "talk":

News Buzzard wrote:His answer will be to shut down Social Security, Medicare, Medicaid, Education, Infrastructure and the Highway Trust Fund. Let's turn the USA into a third world country to pay off those wars. How sad !

The US' abundant oil resources mean nothing with a criminal/corrupt government at the helm. Just ask the Republic of Congo.

You are right, Obama just wants to bankrupt this country.

He's getting help from Russia, Brazil, India, China, and South Africa. They're about to go on an anti-dollar plan.

the BRICS - that proud Goldman acronym which was conceived to perpetuate the great American way of life by releasing trillions in US-denominated debt in heretofore untapped markets - are morphing into an anti-dollar alliance.

Similar topics
» With What You NOW Know, Would You Have Attacked Iraq?
» Iraq War Supporters Run For The Hills
» ObamaCare—1.7 MILLION Pages?
» The Traitor Is Confused
» What Does Obama Fear in Iraq?