With the very thin Circus Of Clowns you have the only thing you can hang your hats on are your desperate attacks on Hillary!!

News Buzzard wrote:With the very thin Circus Of Clowns you have the only thing you can hang your hats on are your desperate attacks on Hillary!!

There's one man running that will beat her.

But the GOP won't nominate him, because they care as little about freedom as the left wing does.

So you're probably right.

There's one man running that will beat her.

But the GOP won't nominate him, because they care as little about freedom as the left wing does.

So you're probably right.

I have got to disagree with you there.

There is a conservative resurgence in America and you can thank in part the political establishment as well as the far left “progressive” crowd.

Sure, Hillary will probably win the Democratic primaries with her "What Difference Does It Make?" campaign.  That is really not saying much when you look at the Democrat bench.  They really have nobody else they can run with.

Hillary will never get by her past or her obvious shortcomings.  She is the same liar as her husband; the only difference is Bill was likable.

The country is waking up and realizing that none of Obama's policies worked and the Federal Government has been an abject failure for decades filled with corrupt life-long bureaucrats only held accountable to the highest bidder.

Does anyone really believe Hillary could reverse the siege that America has been under?  Does the far left really want change or just more of the same?

Hillary represents everything that is wrong in politics. Moderate Democrats, independents and Republicans will get to the polls because they're tired of a corrupt Washington, and positive change will take place.

Sure there will be a few like our friend Buzzard, that will put their hatred of the rich aside, and all that class warfare rhetoric and vote for Hillary, but they will be in the vast minority. 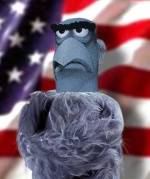 Outerlimits wrote:Sure there will be a few like our friend Buzzard, that will put their hatred of the rich aside, and all that class warfare rhetoric and vote for Hillary, but they will be in the vast minority.

That's right, Outerlimits, there will be a few of us!!!!!

Explain This Away, Hillary. 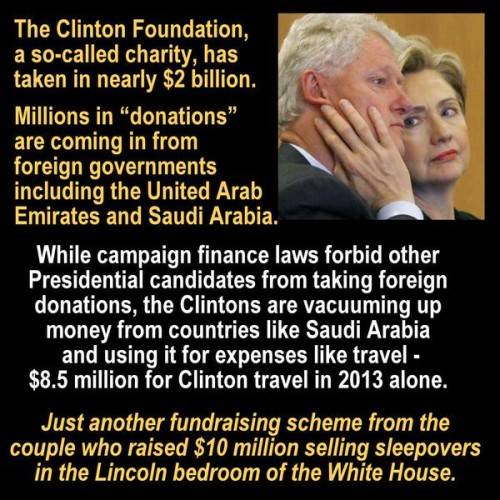 You notice she says she wants to help the poor. But not with HER millions!!!!

Format: Hardcover
....Here is how Barbara Olson begins Chapter 1. She begins with this intro quote: "Life is a corrupting process from the time a child learns to play his mother off against his father in the politics of when to go to bed; he who fears corruption fears life." - Saul Alinsky, "Rules For Radicals"

She then begins her book: "Do you remember Hillary's pre-election baby? In the summer before the 1996 election, when the Clintons' popularity had waned and it seemed as if the struggle for reelection might not succeed, Hillary Rodham Clinton let journalist Walter Isaacson know that she and the president had `talked about' adopting a baby. She let it slip that they were '`talking about it more now.'' She added, `I must say we're hoping to have another child.'..." Brilliant juxtaposition and the book gets better from there.

I especially enjoyed her analysis of how Hillary, far from being a passive "Tammy Wynette", actually commanded the team of "secret police" (Dick Morris's term) who's job it is to humiliate, intimidate and destroy the countless women who have over the years come in contact with his Crooked Willy. She is far from being a mere enabler. Because of her rise in power each time she rescues him from scandal, she, in their own sick little relationship, actually encourages his depravity.

If you want to know how low this woman actually is, ask yourself why she has never addressed the sexual abuse allegations of the Democratic fundraiser, Kathleen Willey, or the rape allegation of Democratic campaign worker, Juanita Broaderick? And why, after years of destroying these little women, did she have the gall to go on national TV and flat out lie that the rumors (later of course proven true) that he had sex with the 21 year old Democratic White House intern, Monica Lewinsky, were part of a "vast right wing conspiracy"?

I don't see WhitewaterGate. It turns out, Hillary's law firm foreclosed on every Whitewater loan whose payment was 30 days "past due". (Then re-sold the house—all legal).

It just never ends does it? How can anybody even THINK of voting for that woman? Can you imagine if she was a Republican where she would be?

Why Hillary Clinton Doesn't Need Americans to Trust Her

For all those convinced that the serial allegations of ethical impropriety swirling around Hillary Rodham Clinton will puncture her prospects of winning the presidency next year, there's a relevant precedent to consider: on the day Bill Clinton was reelected by more than eight million votes in 1996, a solid 54 percent majority of voters said in exit polling that they did not consider him honest and trustworthy.
National Journal

My husband is a liar and a cheat. He has cheated on me from the beginning, and, when I confront him, he denies everything.

What's worse, everyone knows that he cheats on me. It is so humiliating. Also, since he lost his job 14 years ago, he hasn't even looked for a new one.

All he does all day is smoke cigars, cruise around and shoot the bull with his buddies, while I have to work to pay the bills.

Since our daughter went away to college he doesn't even pretend to like me, and even hints that I may be a lesbian.

What should I do?

Grow up and dump him. Good grief woman! You don't need him anymore!

You're running for President of the United States .
Act like one.

Who Is Sidney Blumenthal?

Hillary Rodham Clinton’s presidential campaign has hired an illegal immigrant “Dreamer” to work on her 2016 bid, activists said Wednesday, in a move that sees the Democratic front-runner check off yet another wish-list item for Hispanic voters.

Lorella Praeli is here under President Obama’s 2012 deportation amnesty for Dreamers, or young adult illegal immigrants who came to the U.S. as children. As part of that amnesty, she has tentative legal status and a work permit, so it is legal to hire her — but she is still not in lawful presence.

Immigrant-right advocates cheered the move as historic
The Washington Times

I can't seem to find that "right" in the Constitution...

News Buzzard wrote:That's great!! It will put states like Colorado and Arizona in play for Hillary!

Oopsy, We Overlooked Some Numbers...

Clinton Foundation reveals up to $26 million in additional payments

The Clinton Foundation reported Thursday that it has received as much as $26.4 million in previously undisclosed payments from major corporations, universities, foreign sources and other groups.

The disclosure came as the foundation faced questions over whether it fully complied with a 2008 ethics agreement to reveal its donors and whether any of its funding sources present conflicts of interest for Hillary Rodham Clinton as she begins her presidential campaign.
(Excerpt) Read more at washingtonpost.com ...

You can't embarrass a Clinton... 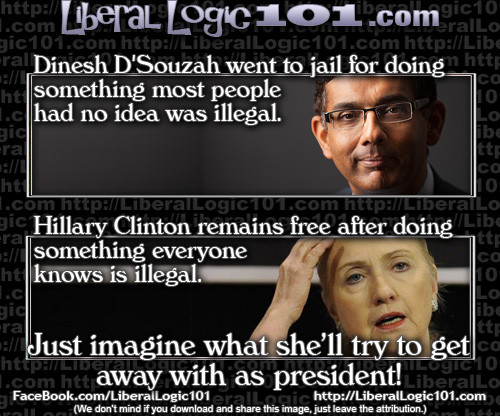 'Think Hillary will get the hook soon?

Who Can Strand Her Voice?

You mean Hillary or (Hillary)?

I'm still very comfortable that Hillary will thrash any one of the goofballs the Republicans puts up. The entire Republican plank relies on taking out Hillary. They got nothing else!!

News Buzzard wrote:I'm still very comfortable that Hillary will thrash any one of the goofballs the Republicans puts up. The entire Republican plank relies on taking out Hillary. They got nothing else!!

So "a goofball" is a politician who abides by the US Constitution?

News Hawk wrote:So "a goofball" is a politician who abides by the US Constitution?

No. A goofball pledges allegiance to Grover Norquist rather than the people he (she) serves.

The cost of everything, including government, always goes up!!

News Buzzard wrote:The cost of everything, including government, always goes up!!

I read today that Government employees gather 45% more in salaries than their equivalent in business.

I think we need to be taxed much more.

That's right. Government employees should also be making $7.25 an hour!