The Not Ready For Prime Time Players

I'm trying to think where Socialism has succeeded in the world's history... 'Can't think of any place.

Maybe NB can suggest one.

NB, I knew you were bad, but I didn't know you were that bad!!

Counting Chickens before They Hatch...

News Buzzard wrote:I vote for Bernie in the primary and Hillary in the general election. That's the way I figure it's going to go down...

Night of the Hunter. Hillary's the Prey.

At Chappaqua, Hillary is idling an evening. Then she picks up a copy of Politico. She gets to the end of Dylan Byers’ column and starts to boil. Byers quotes New York Magazine’s Jonathan Chait, who said, “I'm sure they [the Clintons] don’t like having a liberal criticize them. It might, in some very marginal way, help open up more space for a Democratic challenger."

Chait is a liberal writing for the liberal New York Magazine. Liberals , you’d guess, would rally around the Democrats’ presumed presidential nominee. But they aren’t. They haven’t been. The left's goal is as it has been: bag Hillary. Elizabeth Warren is the left's beau ideal (except for Howard Dean, who’s in the Clintons’ pocket).

Peter Schweizer’s book, Clinton Cash, is a godsend to the left. As Byers’ points out, mainstream publications “The New York Times, POLITICO, The Washington Post, Reuters, Bloomberg and The Wall Street Journal have all published reports on such possible connections” [to alleged wrong-doing], thanks to Schweizer...

Republicans dismiss O’Malley and Warren, particularly, at their own peril. The GOP and Democrats begin the 2016 presidential contest with most states divided between them (with an edge to the Democrats in the Electoral College).
(Excerpt) Read more at americanthinker.com ...
The American Thinker

Dims: Anybody but Clinton?

Clinton's $1 billion and the pitiful Republican field still make her a very strong candidate, despite all of the nonsense being sputtered here! (without any evidence)

News Buzzard wrote:Clinton's $1 billion and the pitiful Republican field still make her a very strong candidate, despite all of the nonsense being sputtered here! (without any evidence)

I've never heard of a GfK poll, perhaps because of their findings:

Even to describe Hillary as "slightly honest" is to damn with faint praise.

Where do they find these Grubers?

GfK is only one of the world's largest research firms!

News Buzzard wrote:GfK is only one of the world's largest research firms!

Then they must know Hillary to have as one of the choices, "Do you consider Hillary to be slightly dishonest"?

That quote comes from your former link.
http://hosted.ap.org/dynamic/stories/U/US_DEM_2016_CLINTON_POLL_5_THINGS?SITE=KYB66&SECTION=HOME&TEMPLATE=DEFAULT

And while your goofballs threw everything they had at Hillary she is still in positive territory in her favorability ratings, while all of the Republicans are underwater!

News Buzzard wrote:And while your goofballs threw everything they had at Hillary she is still in positive territory in her favorability ratings, while all of the Republicans are underwater!

Invoking a "supportive" poll this far away from the election appears to me to be a refuge of last resort. That her own party is polling significant "slightly honest" ratings is very telling. Even the New York Times felt obligated to publish the Clintons' "misrepresentations" It's "Mistakes were made" again.

'Course, teacher's unions, other public sector unions, and labor unions would view the Clintons' dishonesty ratings favorably. It's what makes the Democrat Party what it is.

Oh yeah! I'm voting for Bernie in the primary, and if he makes it I'm voting for him in the 2016 election. I'm from the Bronx and I have to stick with a Polish guy from Brooklyn!! He probably grew up in Greenpoint!

Police are in the process of towing hundreds of cars in the West Village section of New York to clear the way for an Obama fundraiser at the townhouse of "Sex & the City" star, Sarah Jessica Parker. Anna Wintour of The Devil Wears Parda hatefulness will host. Expected guests: Justin Timberlake, Harvey Weinstein, Tommy Hilfiger.

Several blocks west of Greenwich Ave. to the river are being cleared of cars and lined with metal barricades. Hundreds of "special detail" police are to run interference for the $40,000 per plate event.

Cost to taxpayers - an estimated $2.5 to $3 Million
Eyewitness account

Moan. Another waste of our money.

Clintons Attacked from the Left...!

red_hill wrote:And Bernie Sanders does not have a snowball's chance!

In a CNBC interview released Tuesday, Sanders said Bill and Hillary Clinton’s money “hustle” makes the former secretary of state and her philandering former president husband out of touch with the average American voter. “Theoretically you could be a multibillionaire and, in fact, be very concerned about the issues of working people,” Sanders said. “Theoretically that’s true.” But “When you hustle money like that, you don’t sit in restaurants like this. You sit in restaurants where you spend—I don’t know what they spend—hundreds of dollars for dinner and so forth. That’s the world that you are accustomed to.
Daily Surge

It was obvious to those of us who weren't willingly blinded.

News Buzzard wrote:And while your goofballs threw everything they had at Hillary she is still in positive territory in her favorability ratings, while all of the Republicans are underwater!

What a thought provoking statement.

Now, as long as you seem to know so much about goofballs, how about telling us what makes Rubio, Paul, Walker, Carson, Bush, and the rest such goofballs?

As for Hillary, her numbers are not great.

She has 60% support among Iowa Democrats?

Given that there is essentially no one running against her, that number should be in the 80's or 90's.

We are heading into the time when the negative ads will start and that is very likely to drive those numbers down. Many experts believe we haven’t seen the worst news about Hillary yet.

What's important to remember about Hillary:

1. She isn't nearly as charismatic as her husband was in 1992,
2. She's 23 years older in 2015, and the years have not been kind to her health.
3. She eventually will have to answer some tough questions, and her dismissive attitude will likely not serve her well.
4. She represents old school politics and will be seen as a step back.
5. Clinton's biggest problem is that she's weaved a very tangled web. Thus far, the MSM has not given her the complete pass like they have for Obama and she's not the "clean" candidate Obama was in 2008.

This is a woman who legitimately has skeletons in her closet. 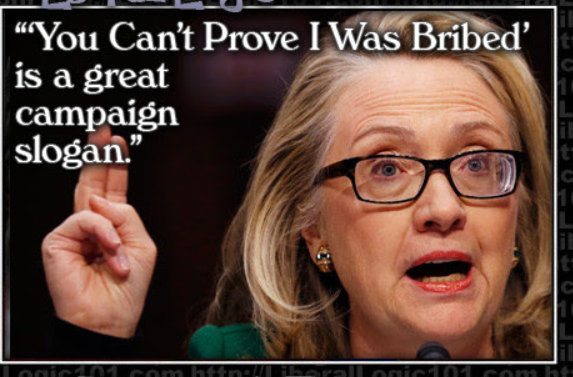