NH, I have been wondering lately what NB thinks of Hillary losing. Remember he was so sure she was going to win?

I was surprised when Obama won a second term—even after his open-mic comment—promising the Kremlin he'd be "more flexible" after he won his second term.

Trump first beat the Republicans (and Jeb Bush), then beat the Democrats (and Hillary).

Given that Trump likes to win, I don't think we're expecting too much from this victory!

But wouldn't you love to see what NB has to say now???

I do agree though. Anything Obama said (Putin etc) was ok, but if Trump says it the left goes wild.

WHL wrote:But wouldn't you love to see what NB has to say now???

I do agree though.  Anything Obama said (Putin etc) was ok, but if Trump says it the left goes wild.

NB left "because of a virus". He didn't stay around to tell us what glorious things Our Dear Leader accomplished. I'll do it instead:

Between state legislatures, governorships, and the U.S. Congress, Democrats lost over 1,000 seats. Obama's reign has torpedoed the Democrat party.

The first admitted cocaine user in the Oval Office!

The first two-term President to conduct War for each of his eight years.

Barack Obama is going to be the only president in American history to never see 3 percent economic growth for an entire year—and he had two entire terms in which to try to turn things in a positive direction.

I see Obama's 5-times a day prayer ritual silence in the White House is being cancelled by Trump.

This morning, Cosmopolitan magazine decries the video of Hillary being heaved into her Medi-Van had cost her the election; worse, they wrote that Hillary "lost her balance".

That video was definitely pivotal, but I'd add, Hillary "lost her balance" like a sack of potatoes...

Did he really have a 5 a day prayer ritual in the WH? Thought I know he admitted he was a Muslim, I never heard that!

WHL wrote:Did he really have a 5 a day prayer ritual in the WH?  Thought I know he admitted he was a Muslim, I never heard that!

Hard to say for sure, but there was at least one Muslim prayer said in the White House. 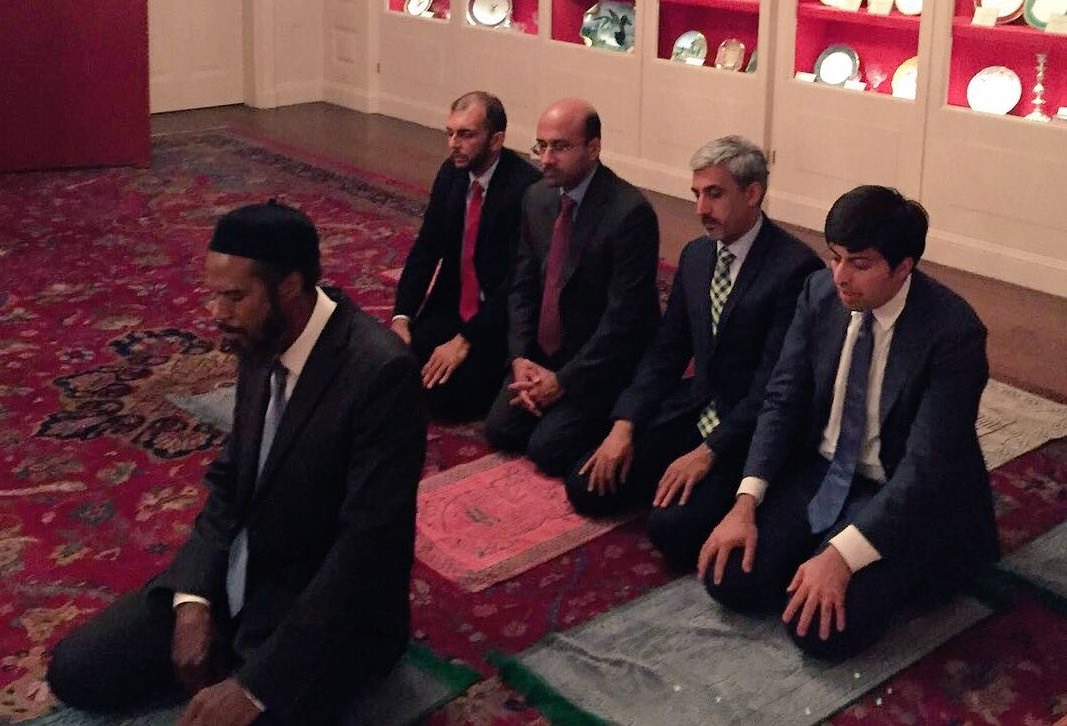 You probably were asked to compare these two photos:

Trump's crowd is on the left. Did CNN mention the photo was taken three hours before Trump's inauguration?

Don't bother with the YouTube pix of the event. (https://www.youtube.com/watch?v=nkcPaC58dqs)

Google has removed the video.

Oops...a screen shot from a funny video of the inauguration:

I did NOT see that! 3 hours before huh? You cannot believe them at all. It IS all "fake news"!