People 'wake every morning wondering, is this gonna be the day I lose my house?'
Published: 12 hours ago 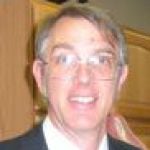 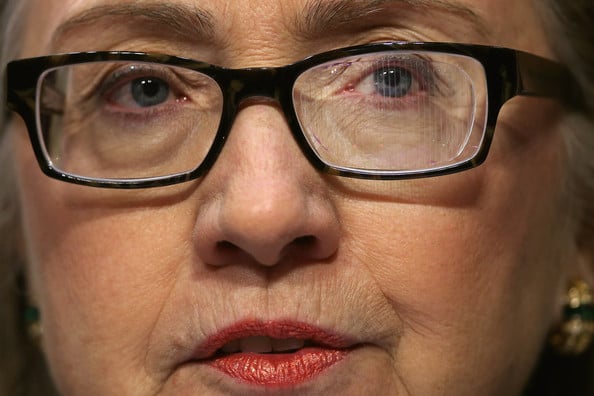 Kathleen Willey, a Democrat activist who with her husband, Ed, founded Virginians for Clinton and helped send Bill and Hillary to the White House in 1992, is blasting Hillary Clinton’s recent claim that she and the president left the White House in 2000 dead broke.


“For her to say dead broke. … I can tell you what it is to be dead broke and owing money,” she told WND in an interview.
Hillary Clinton, who has walked back her claim, told ABC’s Diane Sawyer she and her husband “came out of the White House not only dead broke but in debt.”
“We had no money when we got there, and we struggled to piece together the resources for mortgages for the houses, for Chelsea’s education,” she said. ‘You know, it was not easy.”
The Washington Post’s Michelle Singletary, however, pointed out that since the Clintons left the White House, they have been paid more than $100 million over 14 years. And when they left the White House, not only was Bill Clinton guaranteed a vast pension, but Hillary Clinton was not far away from a salary as U.S. senator. The houses Hillary Clinton mentioned were multi-million dollar mansions.
“Don’t you hate it when wealthy folks cry poor?” Singletary wrote.
Willey goes way back with the Clintons. While serving as a volunteer in the White House and facing financial hard times, she says she met with Bill Clinton in the Oval Office to request a paying position. But instead of getting help, she says, she was subjected to “nothing short of serious sexual harassment.”
Distraught, Willey fled Clinton’s presence, only to discover that her husband had committed suicide that same afternoon.
Later, she was drawn “unwillingly” into the Paula Jones lawsuit, the Ken Starr investigation and impeachment proceedings.
Willey wrote about her experiences with Bill Clinton’s sex addiction and Hillary Clinton’s revenge in the book “Target: Caught in the Crosshairs of Bill & Hillary Clinton.”
Willey wrote “Target” when Hillary Clinton was running for president the first time in 2007, and her comments today are all the more relevant now that Clinton is considering a 2016 presidential bid.
Get the book exposing the Clintons’ incredible, political payback machine – “Target” by Kathleen Willey.
Willey said she’s a fighter, but her financial standing has been precarious several times, including a years-long fight against foreclosure.
“People don’t understand,” she told WND. “He’s going to get his salary … for the rest of his life.”
She noted the Clintons have Secret Service protection, so they don’t have the same transportation costs as others. They also have always had wealthy supporters who could help if they had a need.
On top of all that are the high fees, sometimes into the hundreds of thousands of dollars, the Clintons are paid for speaking engagements.
In contrast, there are people who “wake every morning wondering, is this gonna be the day I lose my house,” she said.
Fox News reported that the year the Clintons left the White House and were “dead broke” they actually earned nearly $12 million.
The report said the Clintons technically were in debt when they left the White House, with liabilities between $2.3 million and $10.6 million and assets between $781,000 and almost $1.8 million. The liabilities were mostly legal expenses for the defense of Bill Clinton over the various scandals he triggered while in office.
Hillary Clinton entered the Senate and began earning a $145,000 salary when they left the White House, and her husband’s pension was more than $150,000, Fox News said.
Within a year, their assets were listed at between $6 million and $30 million. Liabilities were between $1.3 million and $5.6 million.
Hillary Clinton’s “dead broke” complaint prompted many to echo Republican National Committee Chairman Reince Priebus, who said, “I think she’s been out of touch with average people for a long time.”
Hillary Clinton also had a book deal worth approximately $8 million when the Clintons left the White House.

The media's responses to "Dead Broke" indicated Hillary is "tone-deaf" and put out contrived "facts", that even MAD Magazine stepped into the fray:

Our next Democrat President will continue to "cook the books" to stay in power.

LOL....and which bat-shit crazy are you going to run this time?

LOL....and which bat-shit crazy are you going to run this time?

Maybe in his next life he'll see a Republican president !

Well, you never know...as much as they've been manipulating the voting system lately, they could pull off another "Bush-type appointment".

The President [Clinton] abused one his most important powers, meant to free the unjustly convicted or provide forgiveness to those who have served their time and changed their lives. Instead, he [Clinton] offered it up to wealthy fugitives whose money had already enabled them to permanently escape American justice. Few other abuses could so thoroughly undermine public trust in government.
http://www.slate.com/blogs/crime/2013/07/02/marc_rich_presidential_pardon_how_eric_holder_facilitated_the_most_unjust.html

Ann Romney: ‘I Don’t Even Consider Myself Wealthy’

Liberals were outraged with that comment. No doubt they are fine with poor dead broke Hillary's comments.

This Democrat hatred for the "rich" is coming back to haunt her isn't it?

Romney was a “rich and out of touch” but Hillary….not so much.

Hillary looks foolish whenever she speaks, just look at her book tour. She is out of touch with the middle class and pretending to get it only makes it look more fabricated. Now Bill could sell  "I feel your pain" but Hillary just seems uncomfortable and struggles. Much like Obama she struggles with the truth.

The Democratic nomination is Hillary’s to lose.

Unfortunately she will continue with this "poor little old me" routine while playing the victim and once again, she will be dumped at the altar for another charismatic young upstart.

Last year, Hillary gave two speeches to Goldman clients for $200,000 each. Her conciliatory tone alarmed some of her liberal friends. Not only didn’t she bash Goldman with the same robber baron populist rhetoric she’d used weeks earlier, she actually suggested that the banks shouldn’t be the only ones blamed for the economic crisis. We’re all in this together she posited.

According to Politico, one Goldman listener was overjoyed. “It was like, ‘Here’s someone who doesn’t want to vilify us but wants to get business back in the game,’” one banker noted, according to Politico. A match made in heaven. Hillary’s what they have been waiting for.

Bill’s piled up even more money, collecting over $1.3 million for eight speeches to Goldman. Now, that’s hard work, as Hillary would say.

And last September, Goldman sponsored a panel chaired by Chelsea Clinton at the CGI. For a mere $375,000, Goldman’s logo was prominently displayed and the company was listed as a host. In remarks at the session, Goldman CEO Lloyd Blankfein “praised the U.S. for accepting a higher unemployment rate, even as it bailed out the banks.” Not a word from Hillary about how wonderful a high unemployment rate is, and no mention of income equality.
http://www.rightwingnews.com/column-2/the-clintons-goldman-sachs-gold-mine/

Where did all that money go?

Do you think it's a "plus" that she served for six years on the board of directors of Wal-Mart?

And as long as it's "their guy" with the boot on their neck, most AmeriKans are happy to be abused, bossed around and lorded over.

Isn't it true, Anti!? MOST people are happy to just be herded along like sheep, go with the flow, think whatever they tell us to do is just fine.  After all WHO would LIE to us????

She's got an image problem that won't leave her alone...

She deserves the image people have of her.

WHL wrote:She deserves the image people have of her.

Anyone else think maybe Clinton took bribes to let some of these people off the hook?

WHL wrote:"Hillary Clinton told ABC’s Diane Sawyer she and her husband “came out of the White House not only dead broke but in debt.” 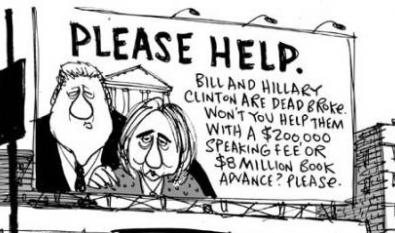 This family would make the Cosa Nostra envious.

Can you imagine begging for money to buy a mansion? They have no shame. They probably are still letting others pay their way, all the while saving their speaking fee millions.

President Harry Truman once said that you could not get rich working for the government, if you were honest.