Keep denying it and it will go away, because that's the Republican way!!

News Buzzard wrote:Keep denying it and it will go away, because that's the Republican way!!

Nearly all threads in the National Politics forum ends with one of my responses—and there must be hundreds—you've been so flummoxed (for an answer) as to wish my questions away.

Keep denying it and it will go away, because that's the Democrat way??

“It is still unclear how whether these students think.”

A Global Warming protest was cancelled at Yale University because of the cold weather and snow. Such cancellations seem to be rather frequent, as the weather just does not seem to cooperate with the Global Warming promoters.

A small group of students with possibly too much time their on hands has been pushing Yale University to sell its investments in fossil fuel producing corporations. Other universities have encountered the same protests from small numbers of their students. It is still unclear how these students think harming the finances of their alma mater would be of any use in making the climate of Earth any more to their liking.

It is unclear why the students fear warmer weather. Humans have always done better when the climate switched to warmer ambient temperatures. During the Medieval Climate Optimum the Vikings were able to farm areas of Greenland that are now locked in permafrost. Europe experienced improved crops due to the warmer weather, which ushered in the Renaissance and later the Industrial Revolution.
—Daily Caller

Economic Systems: The alarmists keep telling us their concern about global warming is all about man's stewardship of the environment. But we know that's not true. A United Nations official has now confirmed this.

At a news conference last week in Brussels, Christiana Figueres, executive secretary of U.N.'s Framework Convention on Climate Change, admitted that the goal of environmental activists is not to save the world from ecological calamity but to destroy capitalism.

"This is the first time in the history of mankind that we are setting ourselves the task of intentionally, within a defined period of time, to change the economic development model that has been reigning for at least 150 years, since the Industrial Revolution," she said.

Referring to a new international treaty environmentalists hope will be adopted at the Paris climate change conference later this year, she added: "This is probably the most difficult task we have ever given ourselves, which is to intentionally transform the economic development model for the first time in human history."

The only economic model in the last 150 years that has ever worked at all is capitalism. The evidence is prima facie: From a feudal order that lasted a thousand years, produced zero growth and kept workdays long and lifespans short, the countries that have embraced free-market capitalism have enjoyed a system in which output has increased 70-fold, work days have been halved and lifespans doubled.

Figueres is perhaps the perfect person for the job of transforming "the economic development model" because she's really never seen it work. "If you look at Ms. Figueres' Wikipedia page," notes Cato economist Dan Mitchell: Making the world look at their right hand while they choke developed economies with their left.
http://news.investors.com/ibd-editorials/021015-738779-climate-change-scare-tool-to-destroy-capitalism.htm#ixzz3RktibAlg

The truth comes out, as though the US needs to finance the UN indefinitely!

United Naions Tells Us What to Eat...

Former United Nations Secretary-General Kofi Annan wants you to eat more insects. Why? It’s better for the environment and your health, he argues. “Keeping meat consumption to levels recommended by health authorities would lower emissions and reduce heart disease, cancer, and other diseases,” Annan told The Guardian Sunday. “And of course there are alternative sources of protein. For example, raising insects as an animal protein source,” Annan said. “Insects have a very good conversion rate from feed to meat. They make up part of the diet of two billion people and are commonly eaten in many parts of the world.”
The Daily Caller

Now why didn't we think of that? 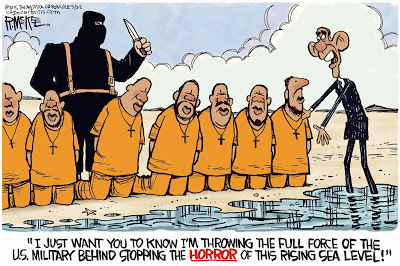 The Climate Change Business Journal has calculated that global warming is now a $1.5 trillion a year industry. The Business Journal’s report is not available for free online, but its findings are reviewed by the Insurance Journal. They are eye-opening, to say the least:

The $1.5 trillion global “climate change industry” grew at between 17 and 24 percent annually from 2005-2008, slowing to between 4 and 6 percent following the recession with the exception of 2011’s inexplicable 15 percent growth, according to Climate Change Business Journal.

The San Diego, Calif.-based publication includes within that industry nine segments and 38 sub-segments. This encompasses sectors like renewables, green building and hybrid vehicles.

One of the most lucrative segments of the global warming money tree is consulting:

That also includes the climate change consulting market, which a recent report by the journal estimates at $1.9 billion worldwide and $890 million in the U.S.

Included in this sub-segment, which the report shows is one of the fastest growing areas of the climate change industry, are environmental consultants and engineers, risk managers, assurance, as well as legal and other professional services.

What is striking about the global warming industry is that its growth is driven more or less entirely by “policymaking,” i.e., government mandates and other policies. This is why “green” businesses contribute so lavishly to the political campaigns of politicians who drink the global warming Kool-aid.
Power Line

Let's use Other People's Money to fund "Green" businesses mandated by Government policies.